All You Ever Wanted to Know About Insurance

Giving Your Kids the Text Talk

Seemingly from the don of mankind, parents and their teenage children have butted heads over this and that, often ending in arguments and aggravation. Because of this, communicating with your teenage children can often be a difficult, if not exasperating, affair, but as every good parent knows there are some discussion topics that are too important to be ignored.

Teaching your driving-aged children the importance of safety behind the wheel is one such topic that is far too important to be procrastinated or snubbed as every year thousands of new and inexperienced teenaged drivers and passengers to teenage drivers are killed in car accidents across America. Being the number one killer among teens year after year, auto accidents in this demographic can be curbed with the aid of informed parents who give their kids “the text talk”. 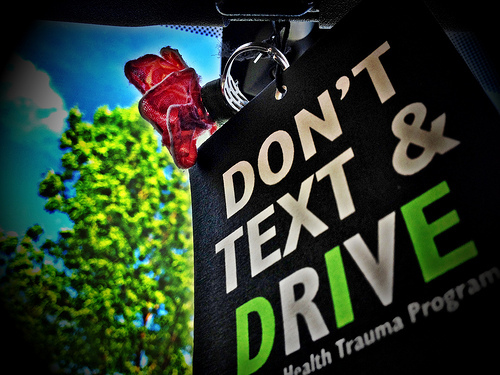 Texting while driving falls under the category of distracted driving, a term used to describe and catalog the car wrecks that can be attributed to drivers not paying attention to the road.  Distracted driving, with texting being the primary source of distraction, account for more than nine people per day, many of whom are inexperienced teenaged drivers, who are killed in traffic accidents in the United States.

While it will take the patience and courage of a parent to have the long (and repeated) conversations with their driving-aged children about how to avoid texting while driving, the rewards of lowered fatalities on the roadways of America will speak for themselves.

There are no comments yet.

Required fields are marked with ✶

Give us some info and we'll get quotes from multiple companies.